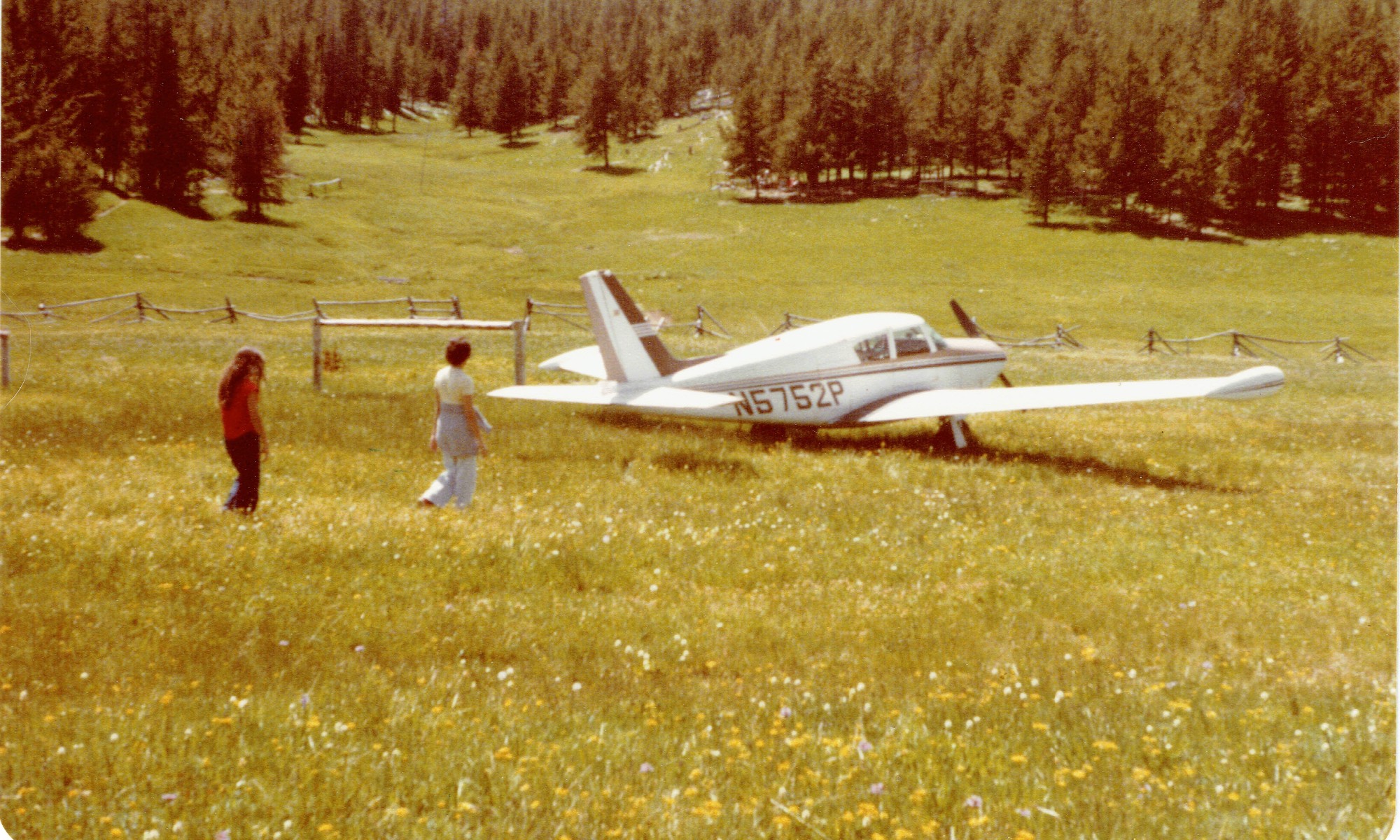 Welcome to my Why I Write Series!  If you’d like to read the intro you may go here: I.M.M.E.R.S.E M.E. 9 Reasons Why I Write – Series Intro

Here’s an example of memorializing a true family story.  My father is a pilot.  My first flight was at the age of two on my mother’s lap.  From then on, we flew all over, to go snow skiing in Utah, to visit family in Modesto, and to camp…  My parents had many many more trips together but this story is a family story.  In 1979, we went on an epic nine day high country flying camping trip through Oregon, Idaho and Montana. Tent camping with minimal provisions including commercially dehydrated food packages. Kinda interesting textures!  You see, in an airplane, there is limited payload so we traveled light.  The lighter the better for taking off from high altitude mountainous airstrips.  Too much weight = not enough power = well, you can imagine.

In Dreamwork Chapter 3 (in first draft form over on Wattpad) the protagonist tells her doll, Mia, the story of a Majestic Mountains flying camping trip to U79 (USFS) Chamberlain, ID in the Payette National Forest located within the Frank Church – River of No Return Wilderness.   She tells the story from her embellished memories & a photo album with her mother’s notations.  Her memories are based on her trip with her parents before the age of 8. This is primitive wilderness camping and the story is true, well mostly!  The only access to this airstrip is by air, hiking or horseback.  I think it’d be quite a hiking trip!  I took only a snippet of the trip, added a twist or two and it became a pivotal story in the protagonist’s life.

“The Payette National Forest is a U.S. National Forest which is located in central western Idaho, in parts of Valley, Idaho, Adams, and Washington counties. The land area consists of approximately 2.3 million acres of federally managed lands.”  Wikipedia

On the real trip I was 13 & my brother was 8.  I had just graduated from 8th grade. My brother and I loved each other but boy did we fight sometimes!  The typical, “He’s on my side!” could often be heard over the roar of the engine.  He puked on my side of the airplane, down by my feet. Wait, was it that trip?  He had the same flying constitution my mom has: Turbulence = pale sweaty faces, and sometimes vomit.  Oh, sorry, TMI!  But then again, this is part of memorializing for me.  I didn’t get airsick.  But I did get intense headaches if I was not awake to clear my ears during decent.

I have the pictures of this amazing trip though sadly they are fading a bit.  My favorite picture of all time is of myself and my brother sitting in the grassy cool shade of the airplane wing at Benchmark, Montana while having lunch and making goofy faces.  We were young, happy, innocent adventurers with our whole lives ahead of us. Benchmark is about 30 miles west of Augusta, MT on Forest Road 235, in the Helena-Lewis & Clark National Forest.   Don’t let the road access deceive you, I remember it as remote and there was no one else around!  It had a paved runway but the next two airstrips were dirt & grass, with rocks as runway markers, gopher holes and all.  There was always a windsock.

Another favorite picture, the featured photo, is of my mother and I walking across the wildflower meadow to our family airplane at U81 (USFS) Cold Meadows, Idaho, elevation 7030′. This airstrip is the middle of the wilderness and classified as “wild”.  We camped there for a night. My parents later painted that airplane.  It was a 1959 250hp Piper Comanche with wingtip gas tanks.  I have so many joyous flying memories in the three different airplanes we had but this little plane has another story.  In summer of 1984 it sank to the bottom of murky Folsom Lake in Northern California, with my unconscious father in it.  But, alas, that is a story for another day.

At Chamberlain we went on a cowboy led trail ride through tall pines and a meadow.  It was beautiful and fun for me but my brother’s horse just wanted to go back to the stables.  The cowboy ended up leading his horse.

After writing the Majestic Mountains part of Dreamwork, and reminiscing with my parents about the real flying trip, I did a Google search on Chamberlain, ID.  I found a really cool blog by a pilot and photographer. He describes the area beautifully and has a few nice photos.

“It’s a real privilege to be in this area. It’s a rugged and unforgiving place, and yet it is a comfortable, peaceful and inviting place. I am drawn to it and hardly a day goes by when I don’t think about going back.” John Hoddenbach, pilot & photographer

Disciples of Flight – Flying to the Chamberlain Basin Airstrip

I also found some interesting history about Chamberlain Basin.  This is an amazing collection of 540 photos from the Stonebreaker Ranch and Homestead era (1898 – approx. 1932).

“This collection consists of 540 photographs from the William Allen Stonebraker Collection, which was donated to the University of Idaho Library in 2003. Stonebraker took photographs in Central Idaho’s remote Salmon River and Frank Church-River of No Return areas at the turn of the twentieth century between 1900 and 1931. The collection contains images of the Stonebraker Ranch and homestead in the Chamberlain Basin, his businesses (dude ranch, pack train and dogsled operations, mining, big game hunting) as well as wildlife, scenic views, and early aircraft operation.”

There are several more snippets of truth written into my stories, and many more yet to be written.

A few common ways of memorializing are through baby books, journals, photography, and social media.  My question is are we posting so much in a digital fashion on social media that we are neglecting the hands-on forms that are so valuable to hand down to our children and others?

I write to Memorialize. How much does your own history show up in your writing?  How do you memorialize your family and personal history?

As always, thanks for stopping by!

Preparing for take off at Chamberlain, ID U79 USFS 1979 – 1959 Piper Comanche piloted by Roger Harris

This is a personal blog. Any views or opinions represented in this blog are personal and belong solely to Bonnie McKeegan and do not represent those of people, institutions or organizations that the owner may or may not be associated with in professional or personal capacity, unless explicitly stated. Any views or opinions are not intended to harm any religion, ethnic group, club, organization, company, or individual.

In consideration for your use of and access to this website, you agree that in no event will you make Bonnie McKeegan liable to you in any manner whatsoever for any decision made or action or non-action taken by you in reliance upon the information provided through this website.

The materials and content contained in this website are for general information only and are not intended to be a substitute for professional advice, diagnosis, or treatment.

Users of this website should not rely on the information provided for their own health needs. All specific questions should be presented to your own health care provider.